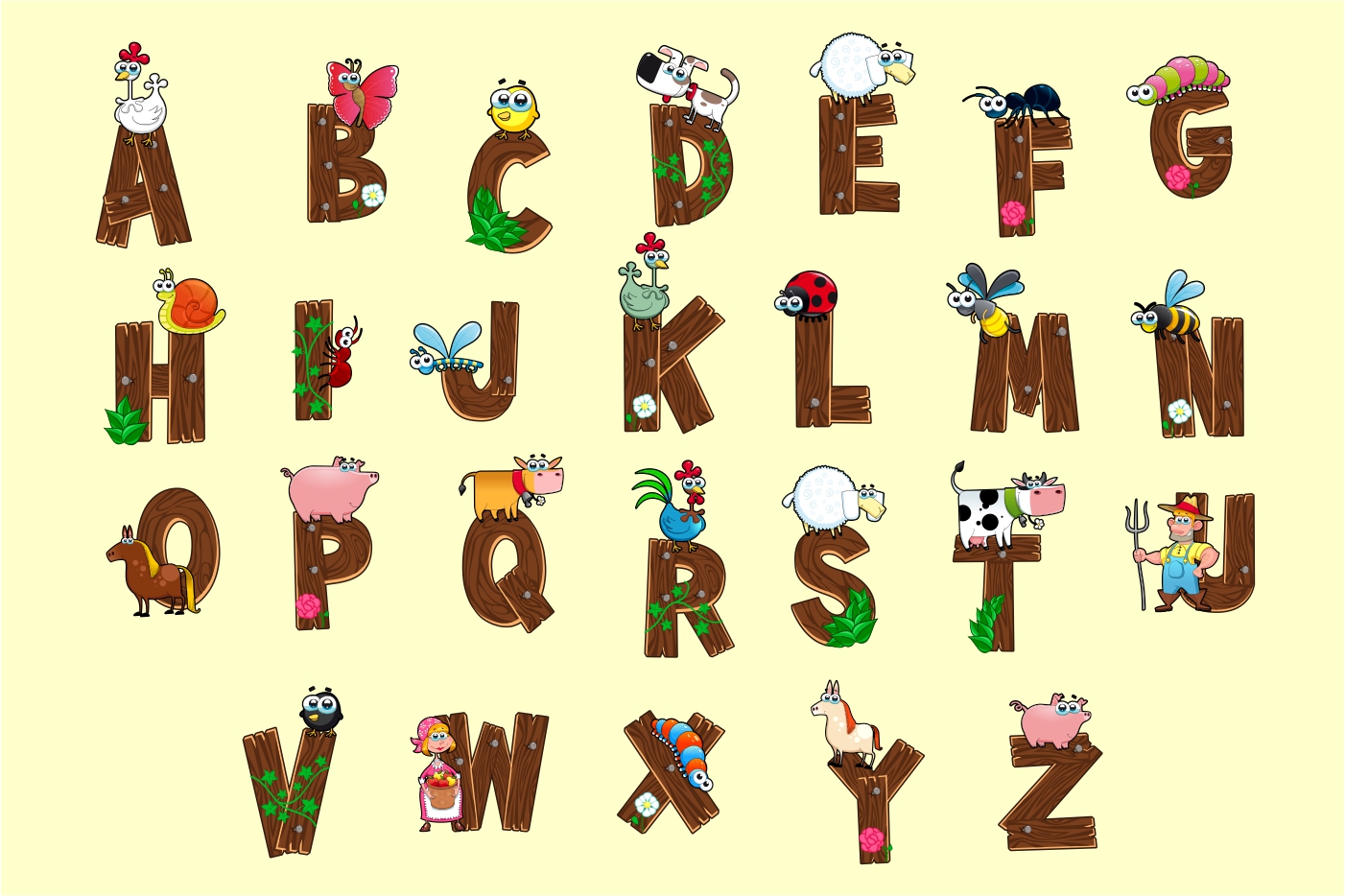 There is a total of 26 letters in the English alphabet. Starting from ‘A’ and ending at ‘Z.’ 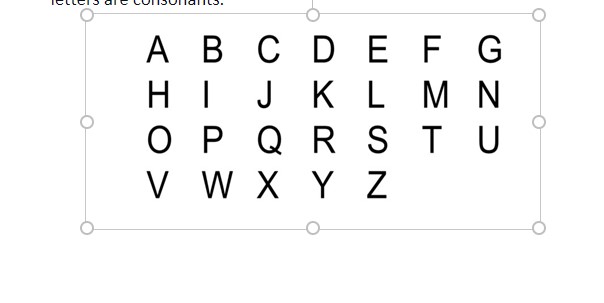 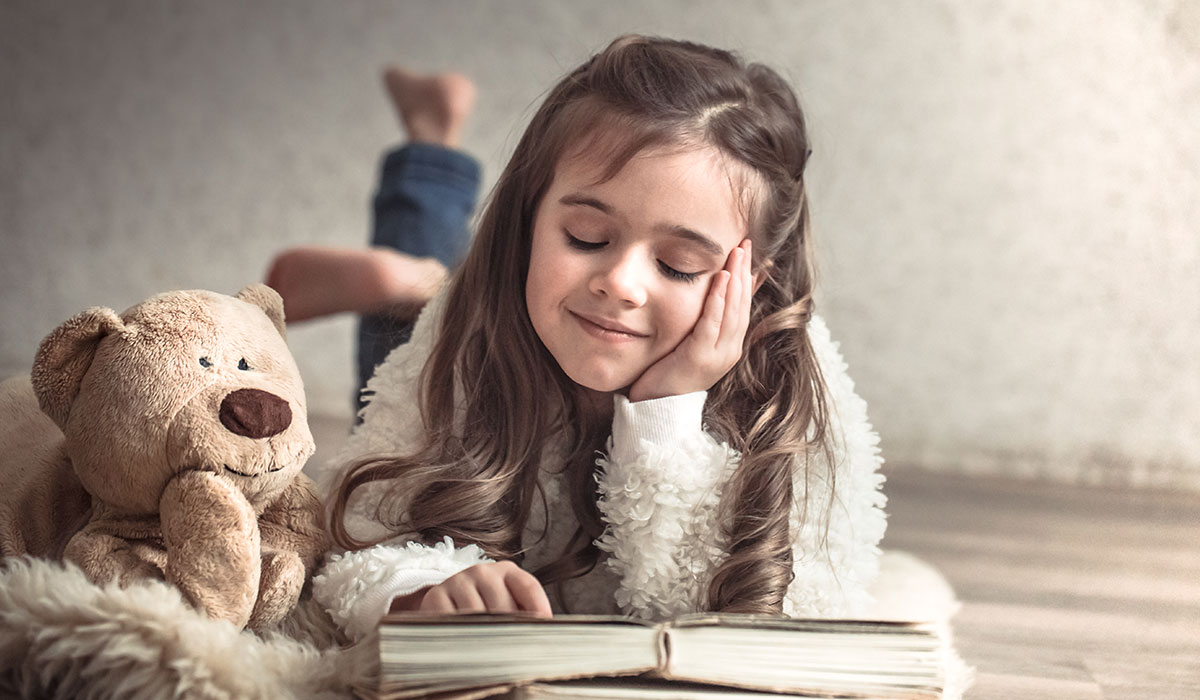 Encourage your child to read books every day. If not for the entire day, make them read their books for at least 45 minutes each day. This will develop a habit of reading, and after reading a book, it will encourage them to know the meanings and understand what they are reading. This will also build confidence and allow them to think differently.

Connecting what your child reads with what exactly is happening in the real-life can be a great way of making reading a fun activity. Look for some follow-up activities, create stories and associate them with real life. Make references, connect things, and help your child build reading skills.

Engage your child in reading by asking questions about the book’s characters, thoughts, feelings, or actions. Encourage them by connecting to a story through the experiences you may have had altogether and help them understand more about it.

Gone are the days when TV was a reward and reading a punishment. There is a lot more fun in reading rather than performing it as a tedious task. Set a good example by spending some of your free time reading books instead of watching TV or doing some lazy thing. Read a book in front of them and talk with them about how and why you enjoyed it.

Do not push your child to study or read books even when they are not interested. Pushing the child will lose their interest in reading, and you have to encourage your child instead of discouraging them. Tell them to study and give them some time to develop their interest in reading. Praise their little efforts and treat their mistakes as an opportunity for some scope of improvement.

Here comes an essential thing to consider, make sure that the book you choose for them to read is not too difficult or not too easy. The book must be adequate according to their age and level. Choose a book and check if your child struggles with the words mentioned in it or is okay with reading the book. If they struggle, then try a different book.

Using word games can help your child to get aware of more words and their pronunciation. Choose some tongue twisters and let them practice and learn them. Also, there are several wordplay games that you can choose where they need to make new words with the existing tones on the board. This will enhance their interest in reading to get familiar with new words for their moves within the game and improve their vocabulary simultaneously.

To help your child succeed, be a part of their learning phase and help them build a strong foundation for the subsequent study levels. Develop a daily routine and good reading habits by applying the tips mentioned above. 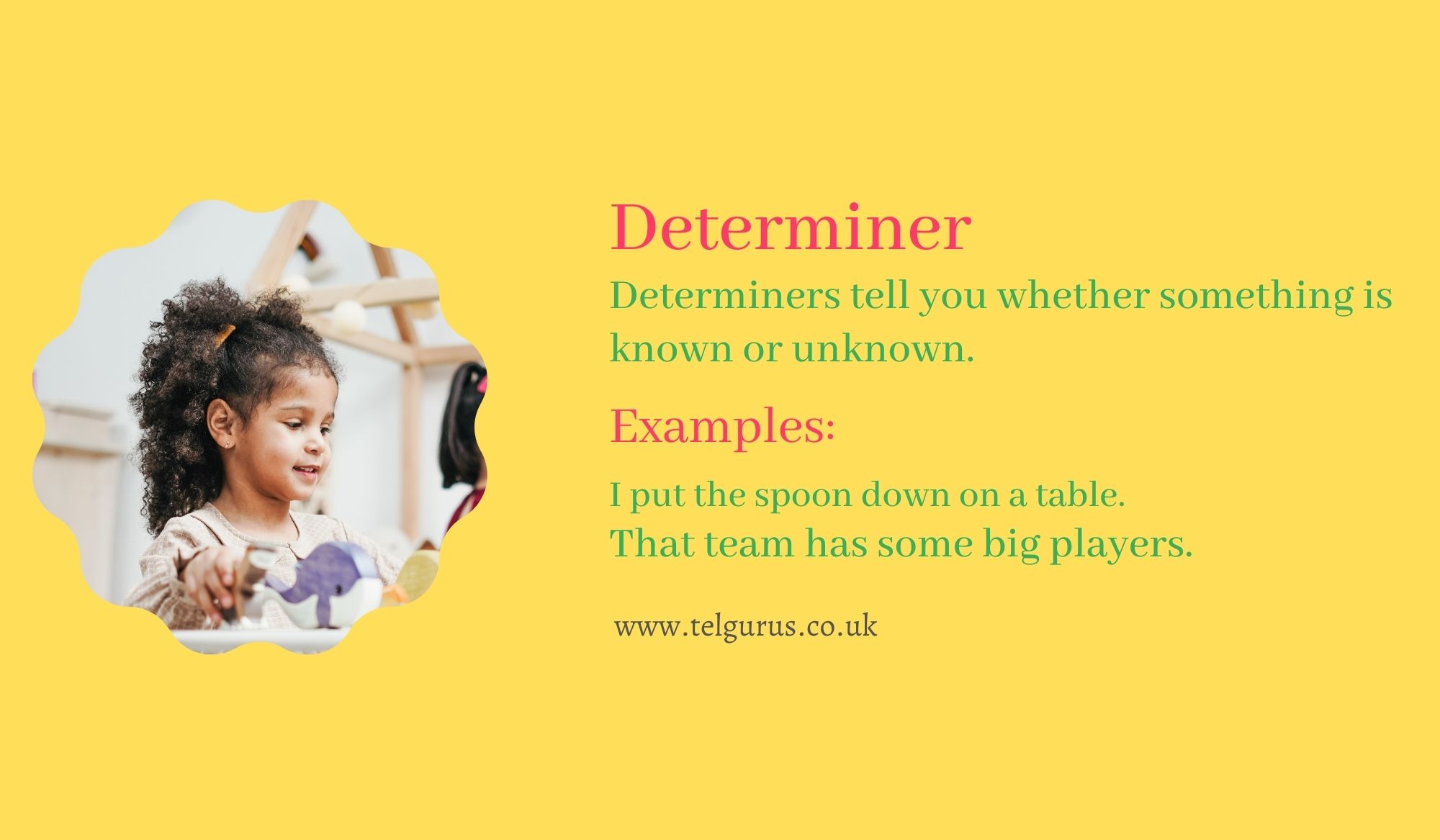 A determiner, also known as a pronominal modifier, is a word or a group of words that identifies, quantifies, or specifies the noun phrase or noun that follows it. A determiner generally comes at the beginning of a noun phrase and tells more about what comes after it.

Determiners contain articles (a, an, the), ordinal numbers (first, second, third), cardinal numbers (one, two, three), quantifiers (most, all, others), demonstratives (this, that these, those), partitives (a piece of, some of, others), possessive determiners (my, his, her, your, our, its, their) and difference words (other, another)

The two main kinds of determiners include specific and general.

Using a specific category refers to something specific like his, my, his, her, etc.

My dog was sleeping all day.

While talking about the general ones, these do not refer to the specific ones and include general only. Some general words are many, a, an, what, other, etc.

For instance, many dogs were barking last night.

It is also common to get confused sometimes by the words that act as determiners sometimes and sometimes as pronouns. Wondering what?

That book is mine.

Here “that” is referring to a book, so it is a determiner.

Here that refers to a pronoun as it replaces a noun.

Besides this, determiners are further divided into several kinds based on their meanings.

There are eight classes of determiners: This includes,

A man came into the shop.

The dog chased the rabbit.

This is my book collection.

Quantifiers are used to indicate the quantity or amount of something that is referred to by a noun. But these are different from the numbers as they do not indicate an exact amount. The quantifiers include some, enough, any, several, much, most, a few, many, half, double, both, no, all, enough, less, a little, least, fewer.

Can I have some chips?

The numbers are of two common kinds.

Another is the ordinal numbers that are used to talk about where something is placed in an ordered sequence. Ordinals are formed by adding the “-th” to the cardinal number.

The company has just celebrated its fiftieth anniversary.

The distributives are the determiners that are used to talk about something that is divided or shared out. The distributives include each, either, neither, every. These are generally used with singular nouns.

I remember every detail about it.

What a pleasant surprise!

Practice every type well and make examples for every type to get a stronger command over Determiners in English Grammar. 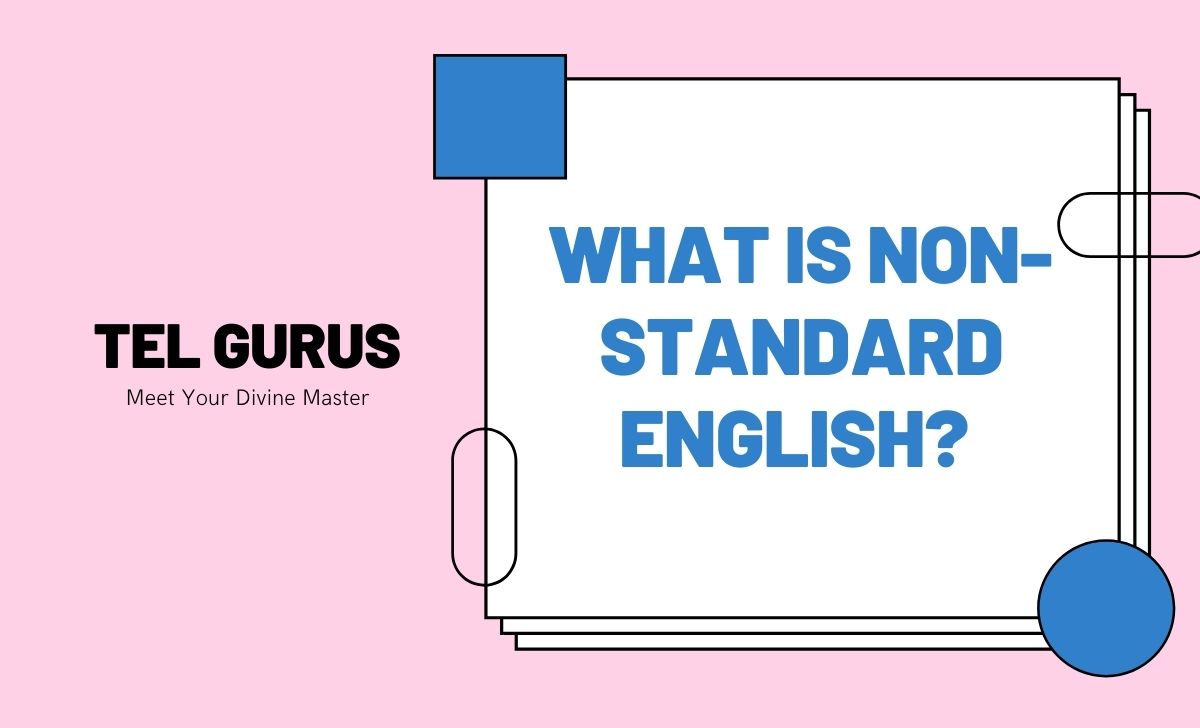 Talking about non-standard English, we use slang or informal versions when communicating with people who are more relaxed or comfortable talking to each other. Like when we talk to our family or friends, we prefer talking informally, and that is when we use a lot of slang.

When a person meets someone in the morning, the formal people usually use standard English by saying, “Good Morning. How are you doing? “.” In contrast, coming to the informal meet-up, people typically start by saying, “Hey, Wassup?” This includes slang language that is more direct and informal.

Did you find it interesting in learning with us? Don’t forget to reach out to other English blogs and master your subject with the desired skills.

Read Also –What is Standard English & How to Revise It? 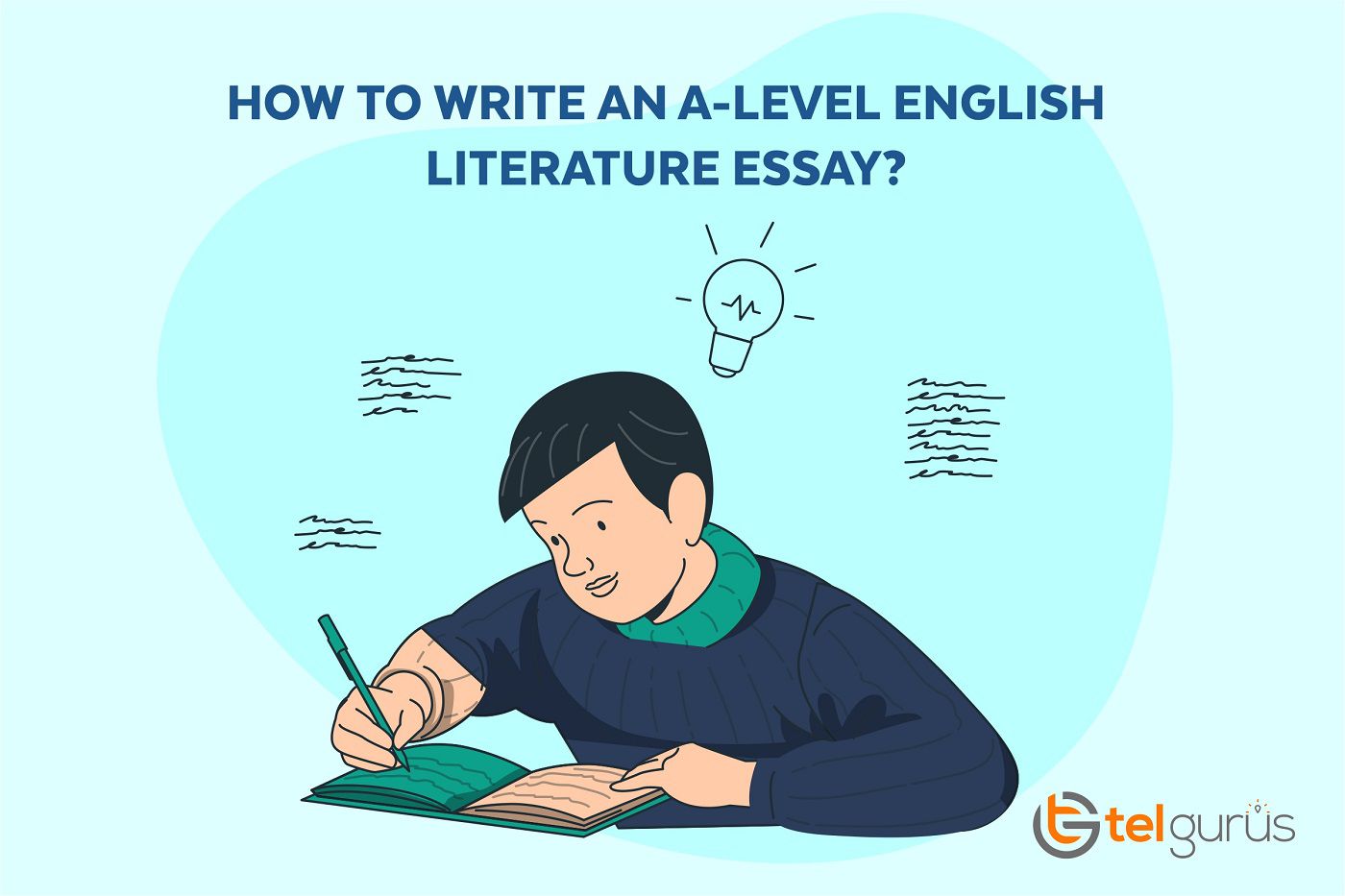 Writing and structuring an English literature essay is essential. Using the appropriate structure is an integral part of writing an essay and achieving the top marks. Even if you have written the whole essay fine and have fulfilled all the requirements, but if you didn’t follow the structure right, this could cost you a lot, and you have to compromise with your marks.

There is a thin line between a good essay and an excellent one that makes a huge difference. At A-level, you have probably taught about the essay structure, and students still get confused about it as they don’t remember the importance of it. Let us dive into writing an A-level English literature essay.

The structure of an English literature essay has three parts

Students frequently find themselves questioning “what should go into the introduction”, “what constitutes the essay’s body”, or “is my conclusion suiting the whole essay?”

So let us break it down and check how we can end up writing an impactful essay.

Introduction: Introductory part of the essay is the key to set the tone of an essay. This can be the deciding factor whether the reader gets interested in it or not. Try to be concise and clear about what you are trying to target in your essay. It would be best to show what your essay’s ultimate picture will be and what threads you will be using. In your essay’s introduction paragraph, make sure that you answer the questions the right way and provide an overview to the users to generate their interest.

The Body: The boy is the lengthiest part of the essay. An excellent method for arranging your thoughts well into a coherent structure is to dedicate a paragraph for each essential point or idea. You can add 3 to 6 diverse areas that you want to cover in your essay, and each of these must be divided into paragraphs. Further, this can be divided into points, examples, or explanations.

Conclusion: While talking about A-level essays, you don’t need to write a long conclusion. You can conclude your essay well with a few lines only. However, summarizing the essay is essential, and a good conclusion leaves the reader with a sense of closure.

Pro tip: Whatever your approach is, the more you practice essay writing, the better your structure and outcome will be. 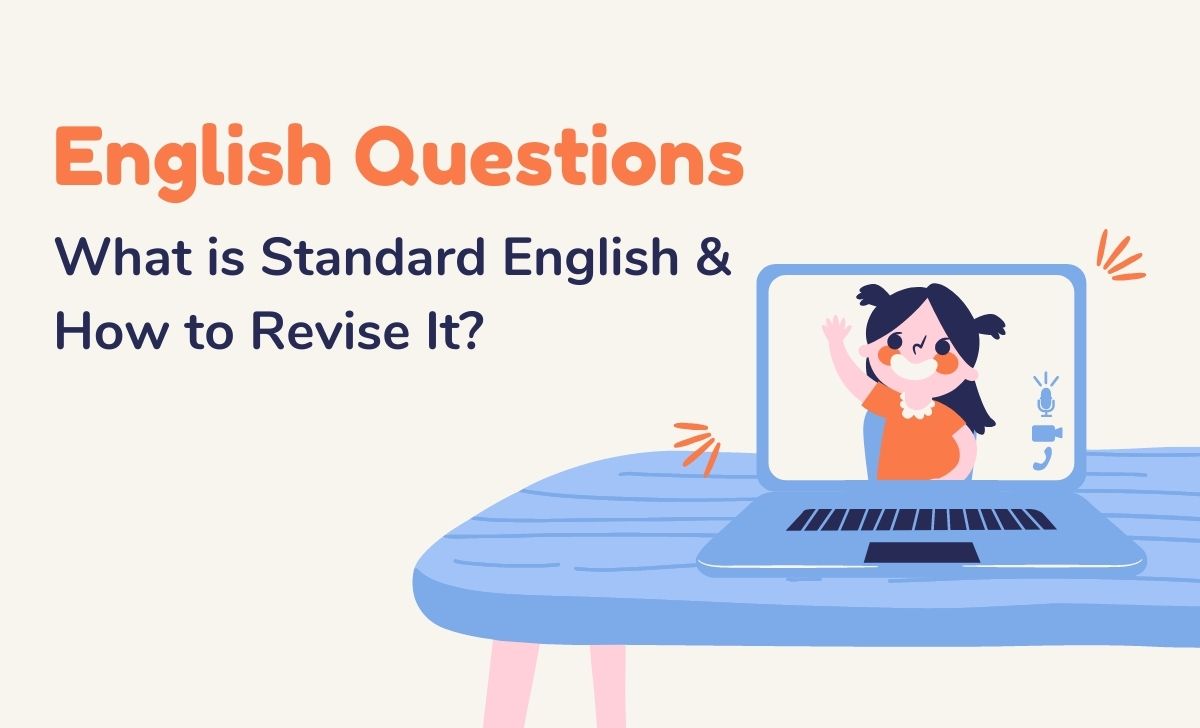 What is Standard English?

Standard English is described as a form of English Language with substantial regularization associated with formal schooling, official print publications, and language evaluation. The term “Standard” refers to the regularization of grammar, language usage, spellings, and not too minimal interchangeability. In contrast, the term Standard English referred to the British English, Vocabulary, and grammar of the UK standard English and received a pronunciation accent.

Standard English is associated with education and sociolinguistic prestige. In everyday usage, Standard English is the most widely accepted and understood throughout the English-speaking world. It is free of regional, class, and other shibboleths.

Though the issue of standard accent often causes tension and trouble. Sometimes it’s presented as a common core where a view that remains controversial is challenging to decide where the core ends and the peripheries begin.

How to Revise for The English Language?

If your English language GCSE level exam is approaching, then you need to get geared up with the last moment revision of your subject’s syllabus. If you are preparing for your GCSE level exam, then the revision approach compiled here can be a savior for you. Without revision, you won’t be able to perform better.

We have just compiled a small selection of last-moment revision approaches and a quick checklist. So, follow the below-mentioned approach that will help you revise the data efficiently.

Revision plans play a crucial role in exams. Even if you have read it once or twice, you won’t be able to write appropriately without revision. To start with an effective revision strategy, you need to generate a revision routine and don’t forget to follow it.

Students often consider that they don’t need to revise the English language. But it is one of the biggest misunderstandings with the GCSE exams. The English language is a scoring subject, but who said that you don’t need to revise it consistently. Revise the contents of the subject topic-wise and don’t just readout. Practice well while revising the syllabus and give a quality performance in your exams.

While revising the syllabus, don’t forget to review your class notes. Expand the notes with your ideas and practice writing essays and other stuff. Reviewing the notes will undoubtedly remind you of something imperative mentioned by the teacher while teaching in the class.

People often believe that you don’t need to practice English due to a lack of knowledge. Practicing past papers can be a beneficial strategy for you as it will give you an idea of questions and introduces you to the exam structure.

Follow these simple steps, and you will be on the way to pass your GCSE English Language exam with a remarkable score.