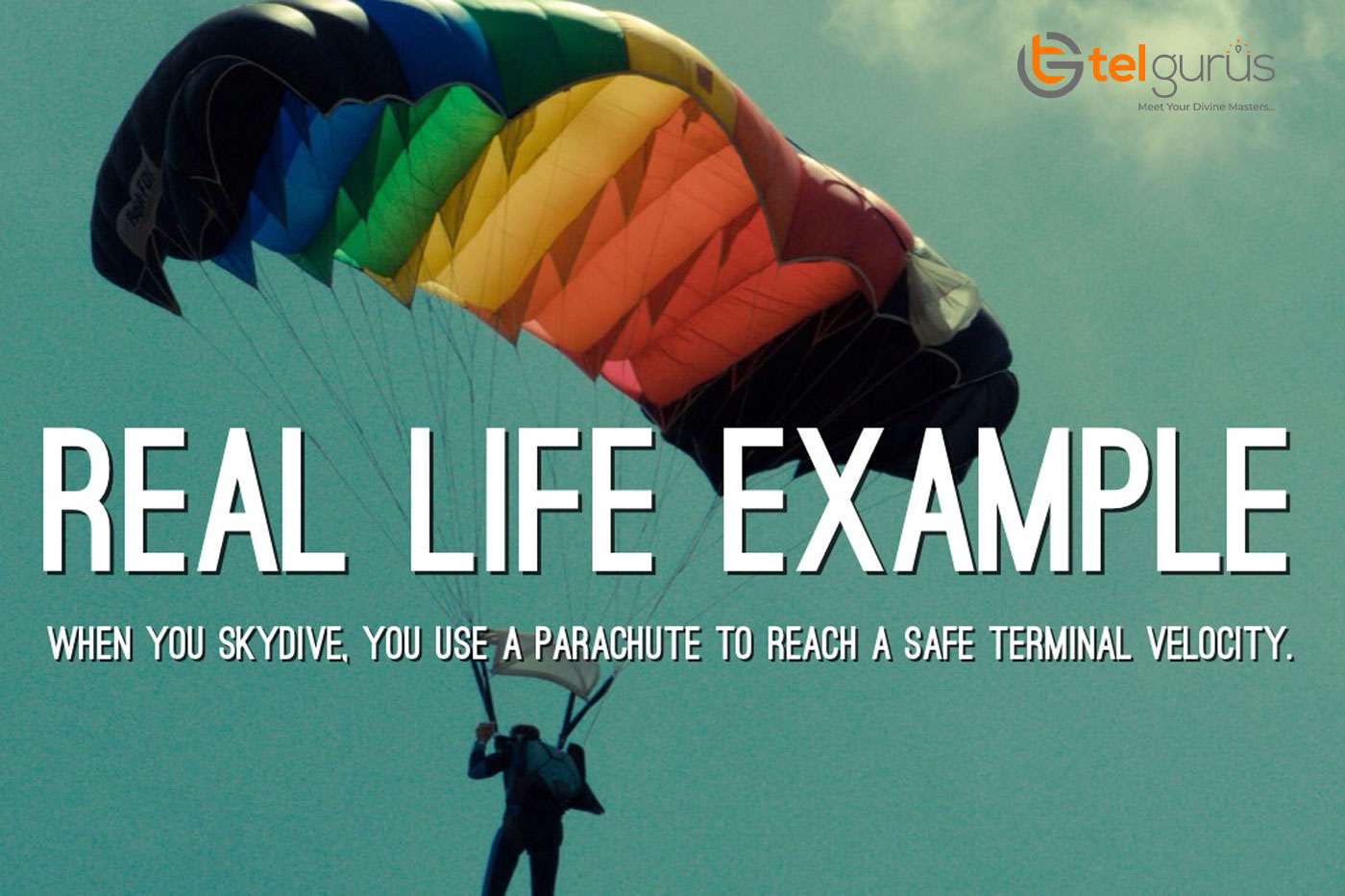 The two concepts, one is terminal velocity, and another is free fall are interrelated which tends to get confusing as they depend on whether or not a body is in a fluid or in empty space. But before moving forward it is essential to get familiar with the definitions. Let us start with it.

What is terminal velocity?

The term terminal velocity refers to the highest velocity attained by an object which is falling through a fluid. The terminal velocity is observed when the sum of buoyancy and drag force is equal to the downward gravitational force acting on the object.

The object’s acceleration is zero as the net force acting on an object is zero. In fluid mechanics, for an object to achieve its terminal velocity it should have an unvaried speed against the force exerted by the fluid.

The formula for Terminal Velocity

G Acceleration due to gravity

H: height from the ground

The mathematical representation of terminal velocity is

g: acceleration due to gravity

𝜌: fluid’s density through which the object is falling

A: area projected by the object

In the case of liquids, it is essential to account for an object’s buoyancy. Archimedes’ principle is used to account for volume’s displacement (V) by the mass. Then the equation becomes:

The term terminal velocity of an object refers to the highest velocity it can reach while falling through some defined medium, usually air in practice. This invariable velocity is attained when the net force applied to the particular object is zero. That means the resistance is similar to the force being applied by gravity.

Let us consider this with a real-life example. For instance,

If you were to throw a tennis ball off a helicopter, that ball would accelerate at a decreasing rate till it reaches a speed that is so high that the air resistance it was facing was equal to the force that gravity has applied to it.

Here applying Newton’s first and second laws, we can work out which states that it will continue at an unvaried velocity till it hits the ground. However, several factors affect the object’s terminal velocity which includes aerodynamics and its weight. The terminal velocity will be varied in different fluids like any object will have lower terminal velocity in water as compared to air because of its higher density. 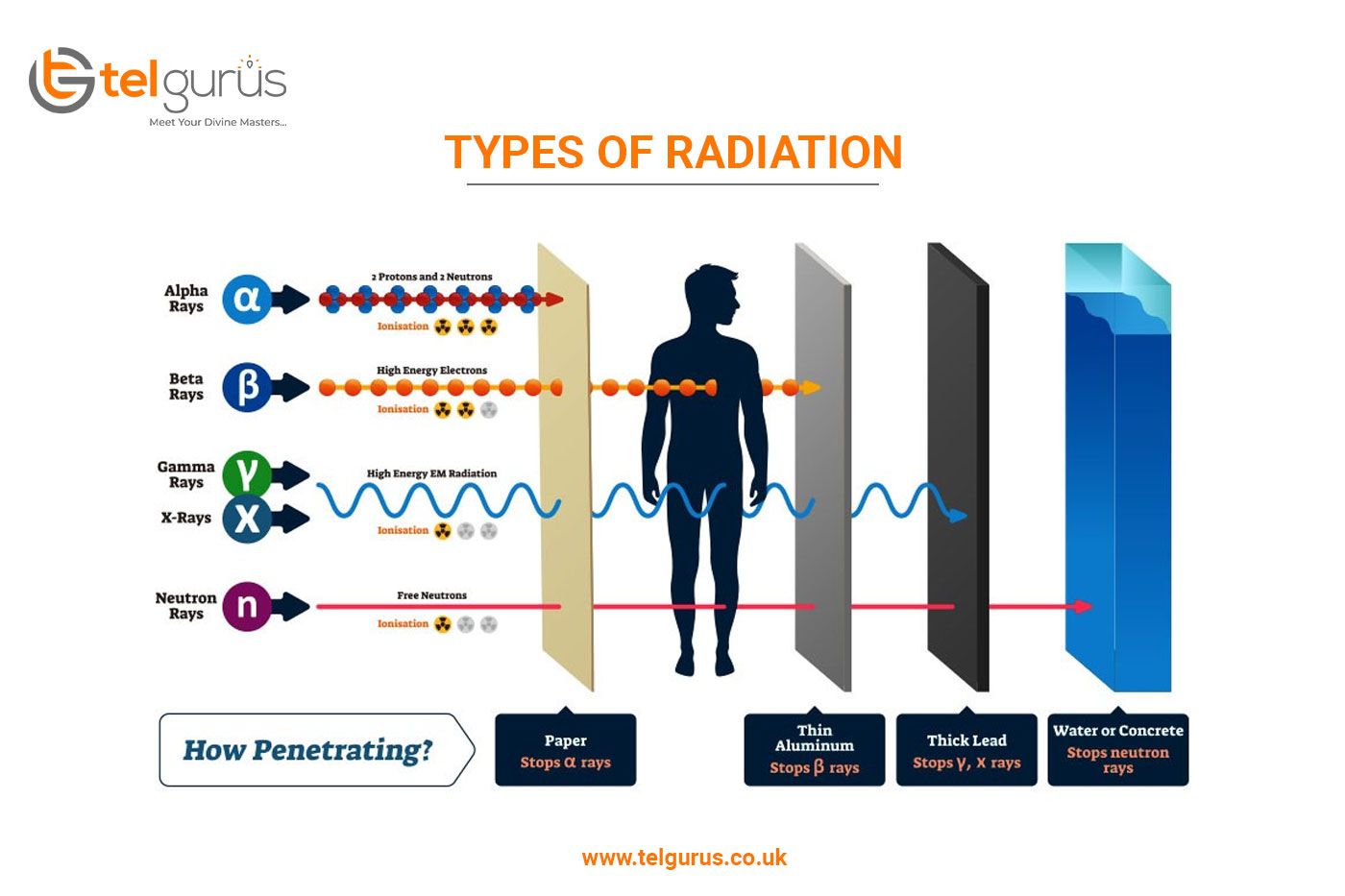 Radioactivity is an act of emitting radiation spontaneously. It is an unstable atomic nucleus to achieve a stable configuration by giving up some of its energy. During radioactivity, three primary types of radiation are emitted by radioactive particles including alpha, beta, and gamma.

The three major radiation types emitted by radioactive particles include

These radiations are released from the atom’s nucleus and are emitted by the atom because of an unstable atom trying to gain stability.

And even their behaviors differ from one another. So, let us take a closer look at each type.

Alpha particles are the largest particles with the least penetrative power. It carries a positive charge and comprises two protons and two neutrons bound together. An alpha particle later got recognized as helium 4 nucleus.

Beta particles are high-energy positrons or electrons carrying a negative charge. These are considerably smaller in size and have higher penetrative power.

Gamma rays are not particles with a mass. These are a kind of electromagnetic radiation which are considerably higher in energy as compared to X-rays. Being a form of energy, gamma rays have no mass and size. But these are far more harmful to humans as compared to the X-rays. However, the charge of gamma rays is neutral. 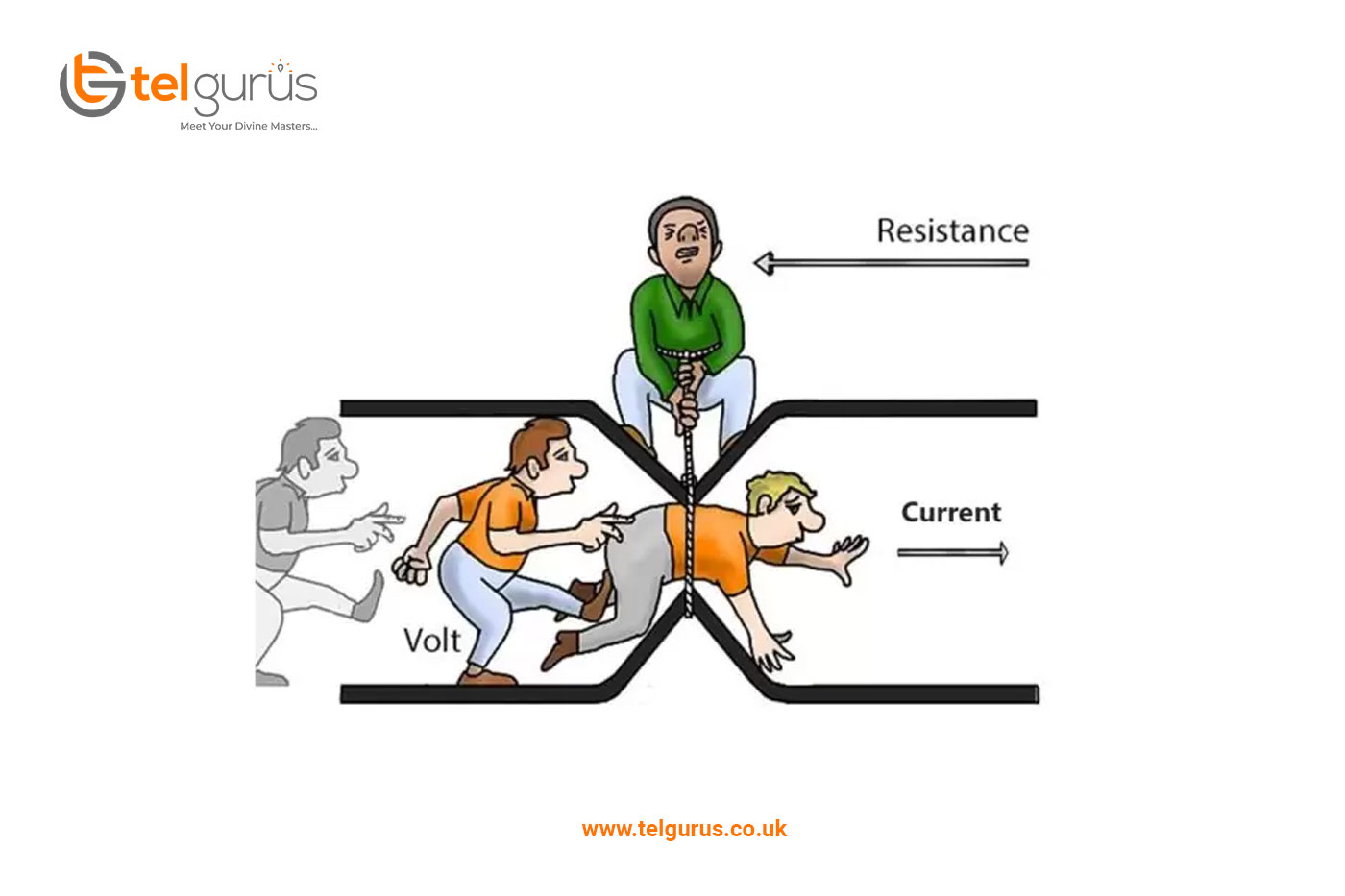 The proportionality constant is known as the resistivity of materials resistance.

Therefore, resistance is defined as the voltage ratio applied through the substance to the current.

Well, let us take an example to understand resistance,

Think about the break time in your school, when all the students are outside the classroom, stay in the field relaxing, playing and some are sitting in groups. As the school bell rings, all get up and starts moving towards their respective classes. Well, where you are in the open field, ample children can walk together to move towards their destinations that are their respective classes.

So how does this concept apply to electrical resistance?

Where there is current through any material that has resistance, heat is generated by free electrons collisions and atoms. And consequently, a wire that has small resistance becomes warm where there is enough current to pass through it.

What is the unit of resistance?

The unit of resistance is the ohm, represented by the Greek letter omega.

Therefore, the unit of resistance is Ω.

What causes or reduces resistance?

Resistance decreases with an increase in temperature. There are four factors on which the cause and reduction of resistance depend.

The resistance depends on the length, nature, material, and cross-sectional area of a wire. 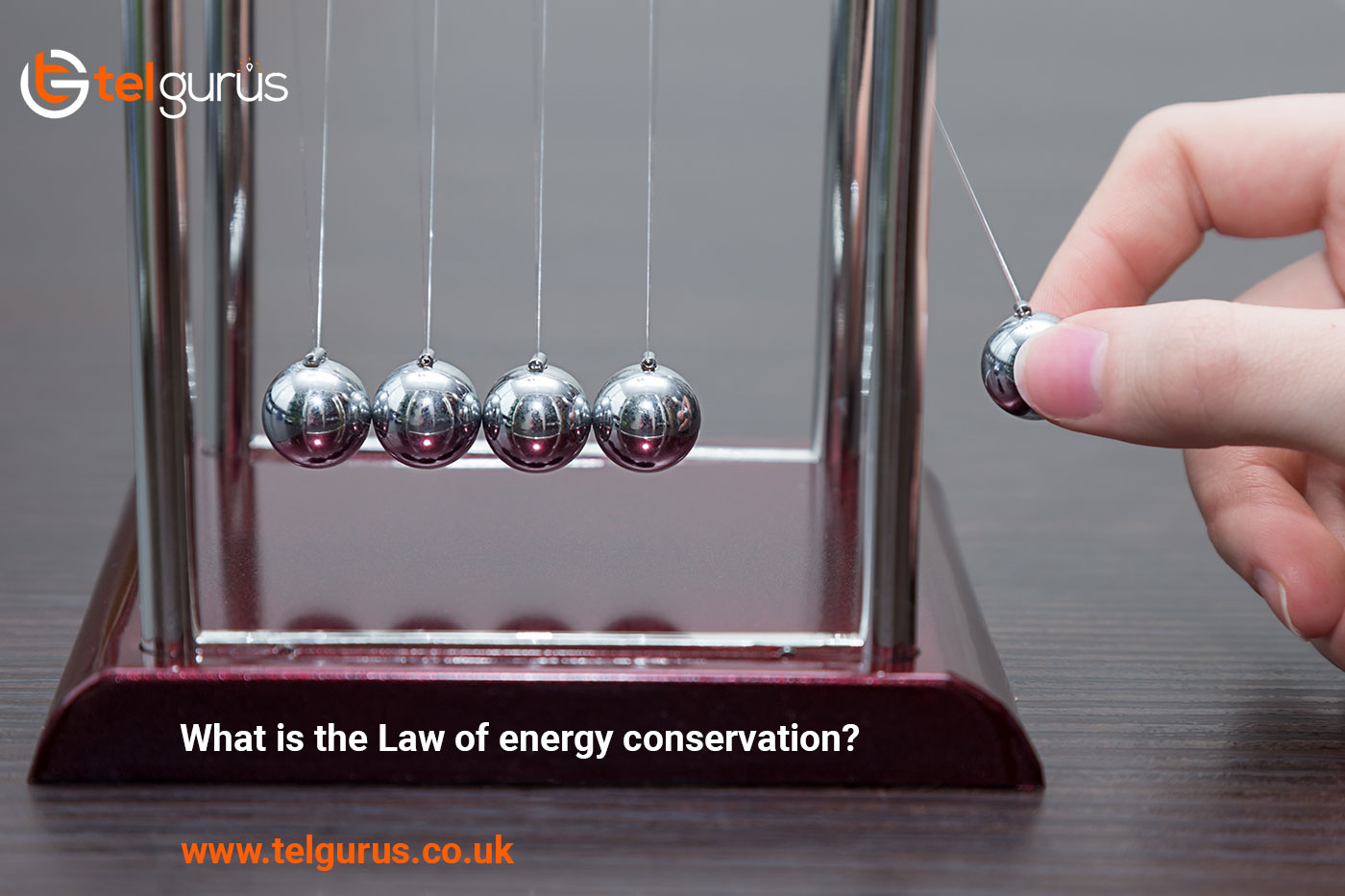 Energy is defined as the capacity to do work and is also required to evolve life forms on earth. You must have heard about the several forms of Energy, including heat, chemical, electrical, etc. Several principles and laws govern Energy which is known as the Law of Conservation of Energy. Let us dive into the laws of conservation of Energy.

What does the Law of conservation of energy state?

The Law of Conservation of Energy states that “Energy can neither be created nor destroyed. It may only be transformed from one form to another.”

This states that a system always has a constant amount of Energy unless the Energy is added from outside.

While taking all forms of Energy into account, an isolated system’s total Energy always remains constant. Every form of Energy follows the Law of conservation of energy and states that “In a closed system, the total energy of a system is conserved.”

In an isolated system like the universe, if there is some energy loss in some part, then there also must be the gain of an equal amount of Energy in some other part.

The energy amount in any isolated system is determined by:

The change in internal Energy of a system is determined by

This equation is also a statement of thermodynamics first law.

Energy conservation is not only about confining the resources utilization that will finally run out. The ideal conservation method would be diminishing demand on a determined supply and enabling that supply to initiate rebuilding itself. Ample times one best way of performing this is by replacing the Energy utilized with an alternative.

Examples of Law of Conservation of Energy 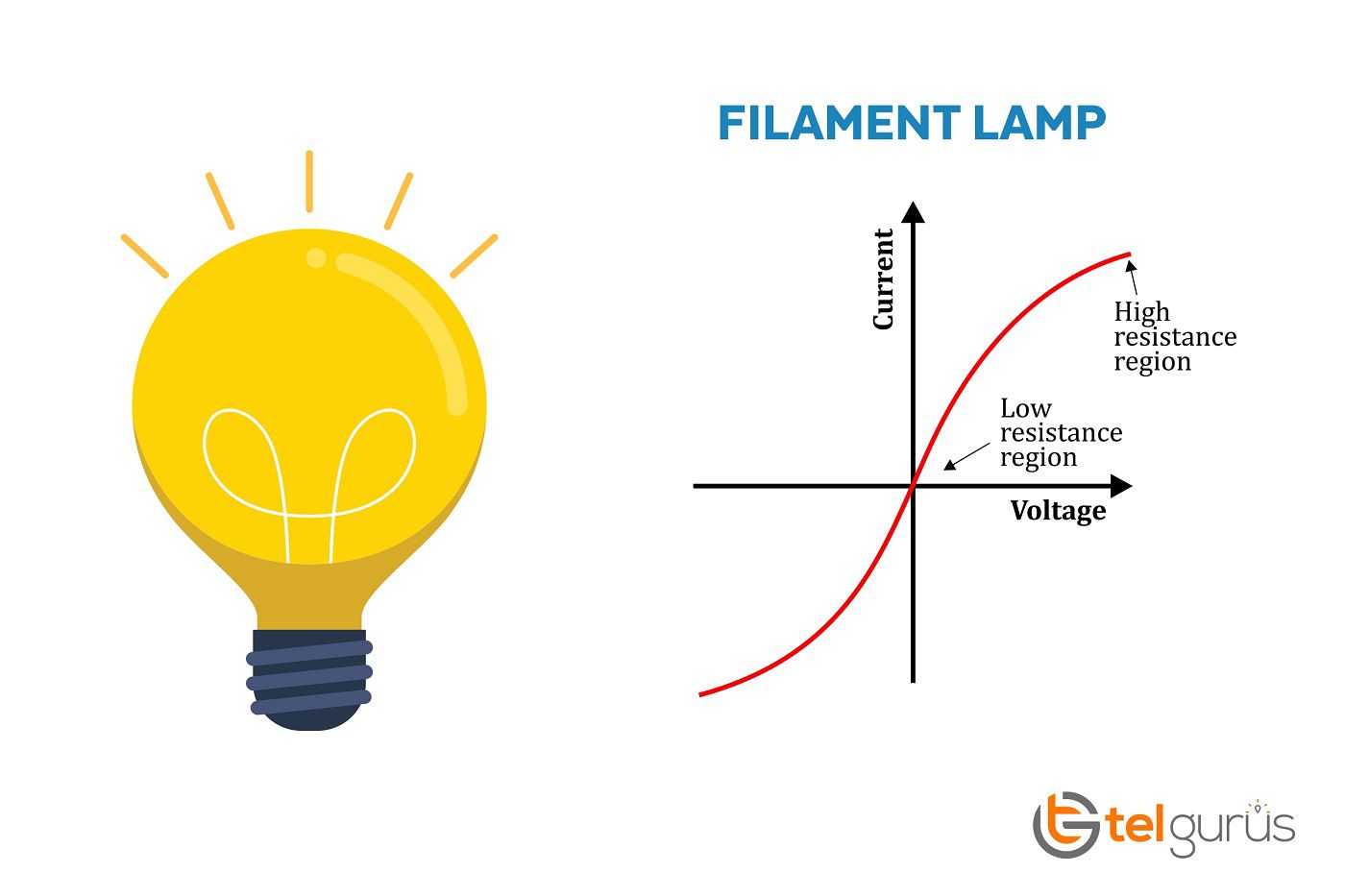 The resistance of a filament lamp also increases when the potential difference increases as it makes the filament red hot.

The electron movement makes the kinetic energy of atoms of the filament oscillate faster and heats up the filament.

During this process, it’s very difficult for the electrons to find a passage through the filament due to the high kinetic energy of the atoms, and the resistance increases.