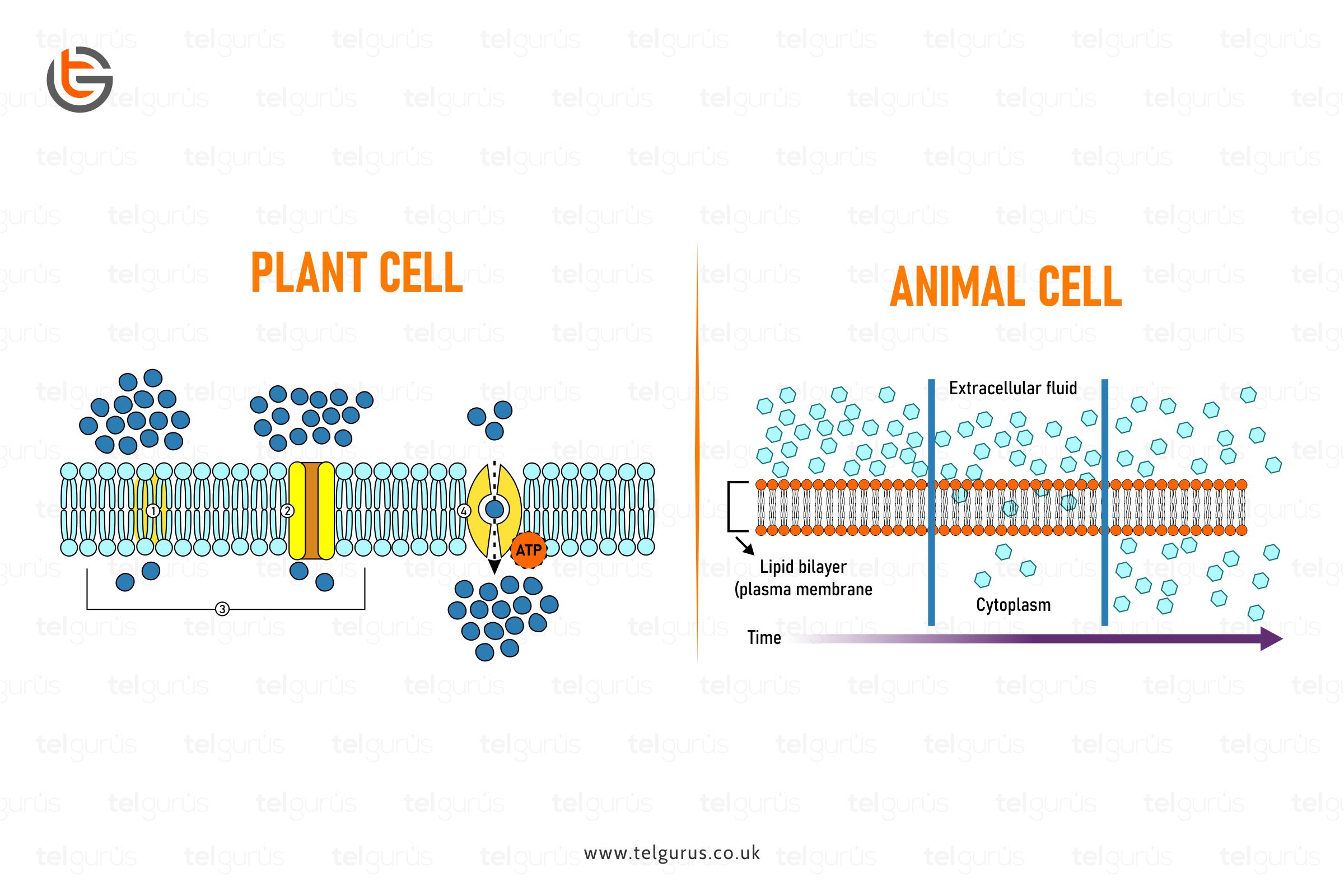 Diffusion is the process of molecules’ movement under a concentration gradient. It is an essential process occurring in all living beings and helps in substances’ movement in and out of the cells.

Gases and liquids undergo the diffusion process as the molecules can move randomly.

Diffusion is a passive process involving the molecule’s movement from a higher concentration region to a lower concentration. Here the term passive indicates the process that doesn’t need any energy input to occur.

Diffusion can take place across partially permeable membranes like surrounding cells. Therefore the diffusion process is involved in the essential molecules moving into and out of the cells.

The diffusion process is classified into two types. This includes:

Simple Diffusion is when the substance moves via a semi-permeable membrane or a solution devoid of any help from the transport proteins.

For instance, bacteria deliver small nutrients, oxygen, and water into the cytoplasm via simple Diffusion.

Several factors are affecting the diffusion process. These factors include:

A few examples of Diffusion include:

Importance of Diffusion in animals

Glucose and oxygen react to generate water along with ATP and carbon dioxide in the aerobic respiration process.

Therefore the glucose and oxygen must be taken by the cells, and generally, the concentration of such molecules outside the cell is higher as compared to inside.

Consequently, the overall net movement of such molecules will be down the concentration gradient, and then they will move to the cell through Diffusion.

Similarly, the CO2 generated is a waste product that moves out of the cell and again through Diffusion down its concentration gradient.

In short, in the case of animals, the diffusion process is essential for the respiration process.

Importance of Diffusion in plants

Useful minerals and ions require to be taken up from the soil into the plants through their root hair cells. These cells are then adapted to maximize the diffusion rate.

Consequently, the useful molecules present in the soil move down a concentration gradient and then into the roots to be taken by the plant.

Several molecules found in the soil are essential for the development and survival of plants while making Diffusion an essential process.

In short, in the case of the plant’s Diffusion is essential for the mineral uptake process.

The diffusion process in animals is essential for respiration. On the contrary, it is used for mineral uptake in the case of plants. 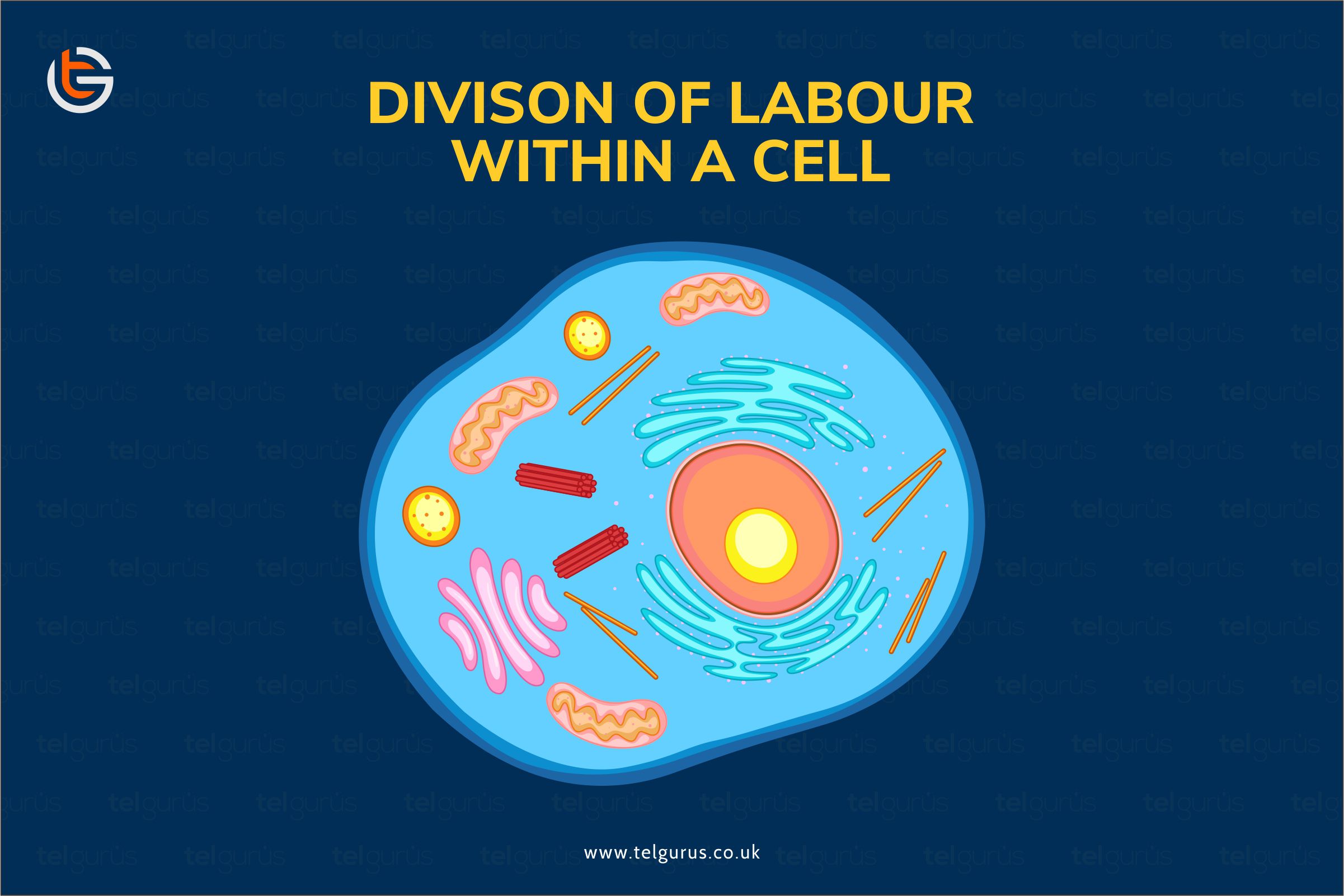 In multicellular organisms, millions and trillions of cells are present, and each of these cells performs some specific function. All the cells in an organism that performs an identical function are referred to as tissue.

Similarly, several diverse functions are generally carried out at a different cell group that is known as division of labour in a multicellular organism.

Let us get acquainted with everything you need to know about the term “Division of Labour”.

What does the term “division of labour” signify?

The term “Division of labour” describes the cell organelles’ specialized functions that come together to make sure that the cell is capable of surviving and performing its role in the body.

The division of labour differs from cell to cell as the diverse cells perform various functions based on the tissue and its location.

Understanding with the help of an example!

The beta cells present in the pancreas are generally responsible for liberating insulin to the bloodstream. However, for the beta cells to liberate insulin, there requires an effective division of labour within the cell.

Initially, the gene for insulin experiences the transcription process within the nucleus, and the subsequent mRNA molecule leaves the nucleus all the way through nuclear pores.

The ribosomes attached to rough ER further synthesize the insulin from mRNA. The insulin protein is then transported into the vesicles towards the Golgi apparatus, where they may be altered slightly with the carbohydrate’s addition or simply packaged to vesicles again.

The insulin then further navigates in the vesicles towards the cell’s plasma membrane, where it is additionally secreted through exocytosis.

This example of the division of labour indicates how the ribosomes, rough ER, Golgi apparatus, vesicles, and nucleus work in tandem to perform a vital pancreas’ metabolic function.

However, all the organelles are included in the division of labour within a cell because each of the organelles performs some sort of function required for the cell’s survival as a whole.

In a cell, the division of labour states that the diverse tasks are performed by the various cells of the body. Division of labour basically refers to a characteristic feature of multicellular organisms.

We hope this answer gave you a clear idea about the term “Division of labour”. 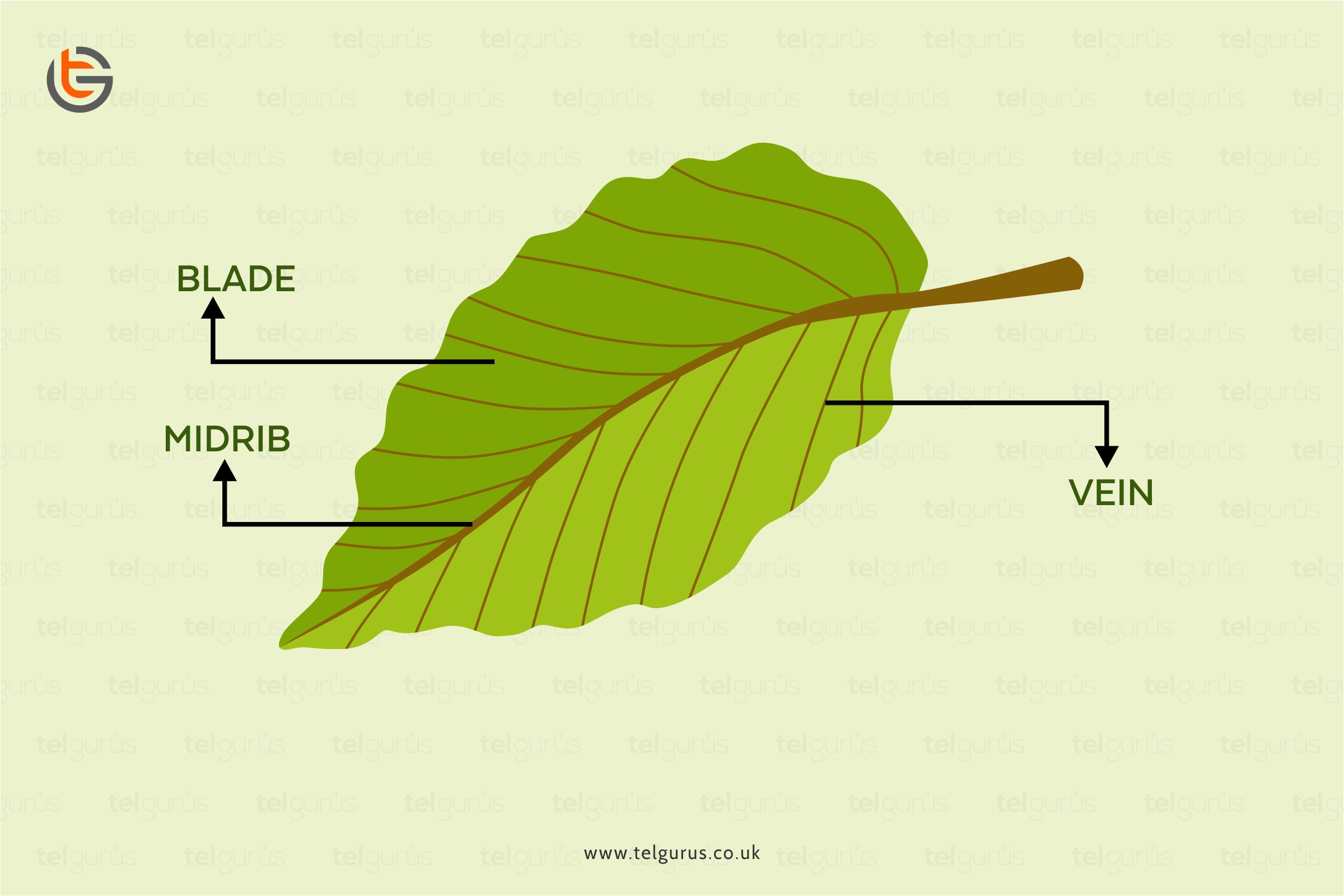 The leaf is a plant’s organ that comprises several tissues like the epidermis on the lower and upper side, palisade, and spongy mesophyll that are organized in such a manner that it becomes useful in photosynthesis.

Let us get acquainted with all the essential information concerning the leaf adaptation for photosynthesis.

What are the leaf adaptations for photosynthesis?

Leaves are generally adapted for the photosynthesis process and gaseous exchange. The basic function of the leaf is photosynthesis in order to absorb carbon dioxide and light to produce food in terms of glucose.

Leaf adaptations for photosynthesis include:

How is leaf adapted for photosynthesis?

Leaves have a larger surface area, and that is why more light hits them. A leaf’s upper epidermis is generally transparent that allowing the light to enter the leaf.

The palisade cells are composed of several chloroplasts that permit the light to be converted into energy by leaf.

And the leaf has airspaces that allow the better diffusion of carbon dioxide into the leaf.

We hope this answer gave you a clear idea about the leaf adaptation process for photosynthesis and the other details concerning it. 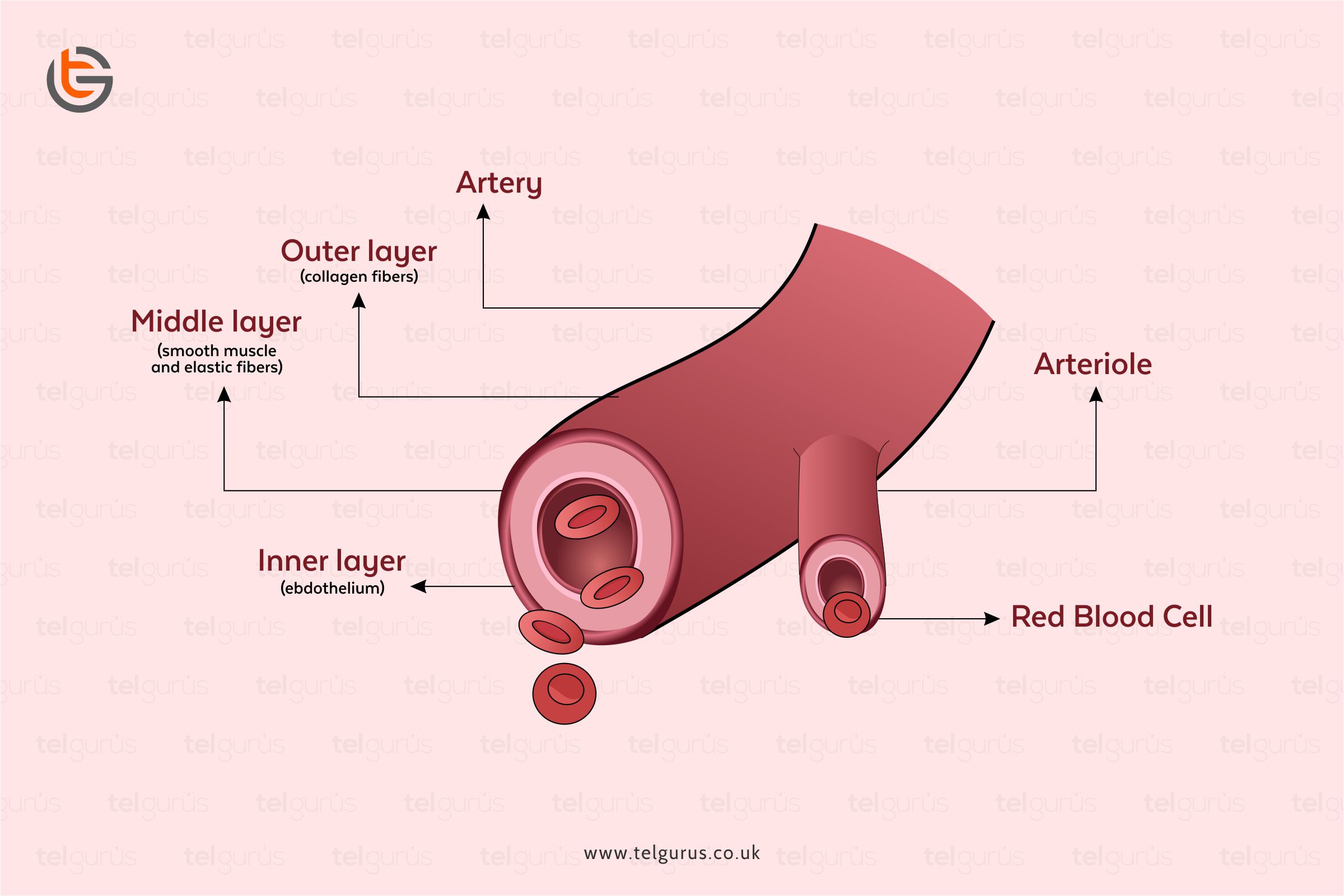 While talking about the arteries, the arteries are also made up of various types of tissues.

Let us get acquainted with the appropriate explanation behind it.

Why is an artery described as an organ?

An organ is basically a collection of tissues connected in the structural unit to serve a common function. An artery is made up of several tissues; that is why it is described as an organ.

An artery is made up of several tissues types, including

Elastic tissue generally evens out the pressure modifications in the vessel when the heart ventricles contract by recoiling and stretching.

Smooth muscles are for vasoconstriction.

And the common function of artery tissues is to transport the blood away from the heart.

Additionally, Arteries have a very narrow internal diameter and thick muscular walls that allow them to carry the blood that is at a higher pressure. So, these are described as an organ.

As organs are referred to as the collection of tissues connected in a structural unit to serve a common function, particularly the arteries are made up of several types of tissues that is why these are described as an organ. 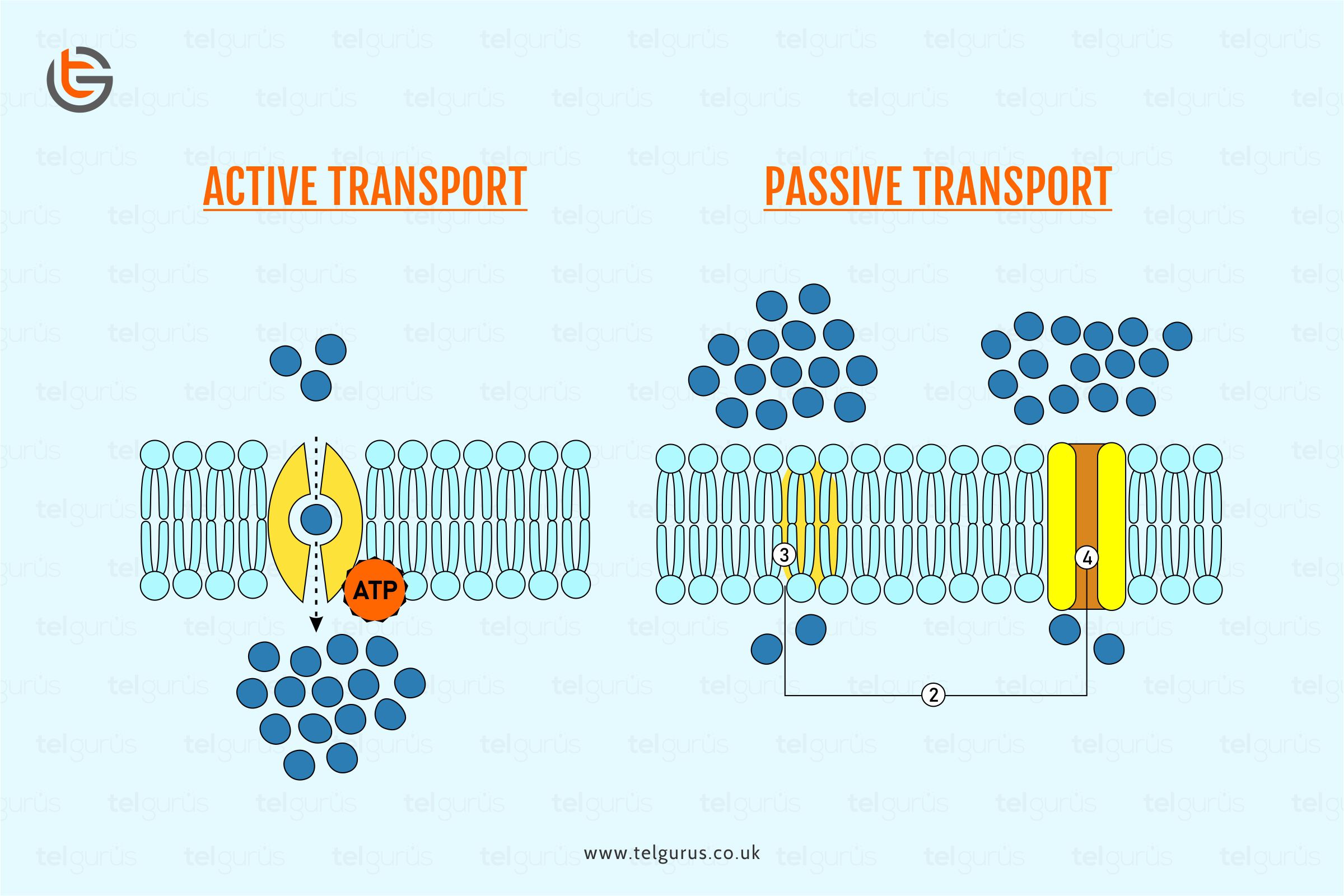 In contrast, diffusion refers to the passive transport method where the molecules move across the cell membrane through a concentration gradient.

Diffusion is a molecule’s passive movement along with the concentration of a higher one to a lower one. The diffusion methods are further categorized into three, including simple diffusion, facilitated diffusion, and osmosis.

What is active transport?

Active transport gets assistance from the enzymes bound to the metabolic energy and cellular membranes in the form of ATP.

The primary and secondary transports are the further two types of active transport processes.

Similarities between Diffusion and Active Transport

Both active transport and diffusion permit a cell to maintain homeostasis in the cell transporting the molecules across the cell membrane.

Molecular transportation takes place with the transmembrane proteins’ assistance other than diffusion.

Difference between Active Transport and Diffusion

Active transport and diffusion are the two molecule transporting methods across the cell membrane. 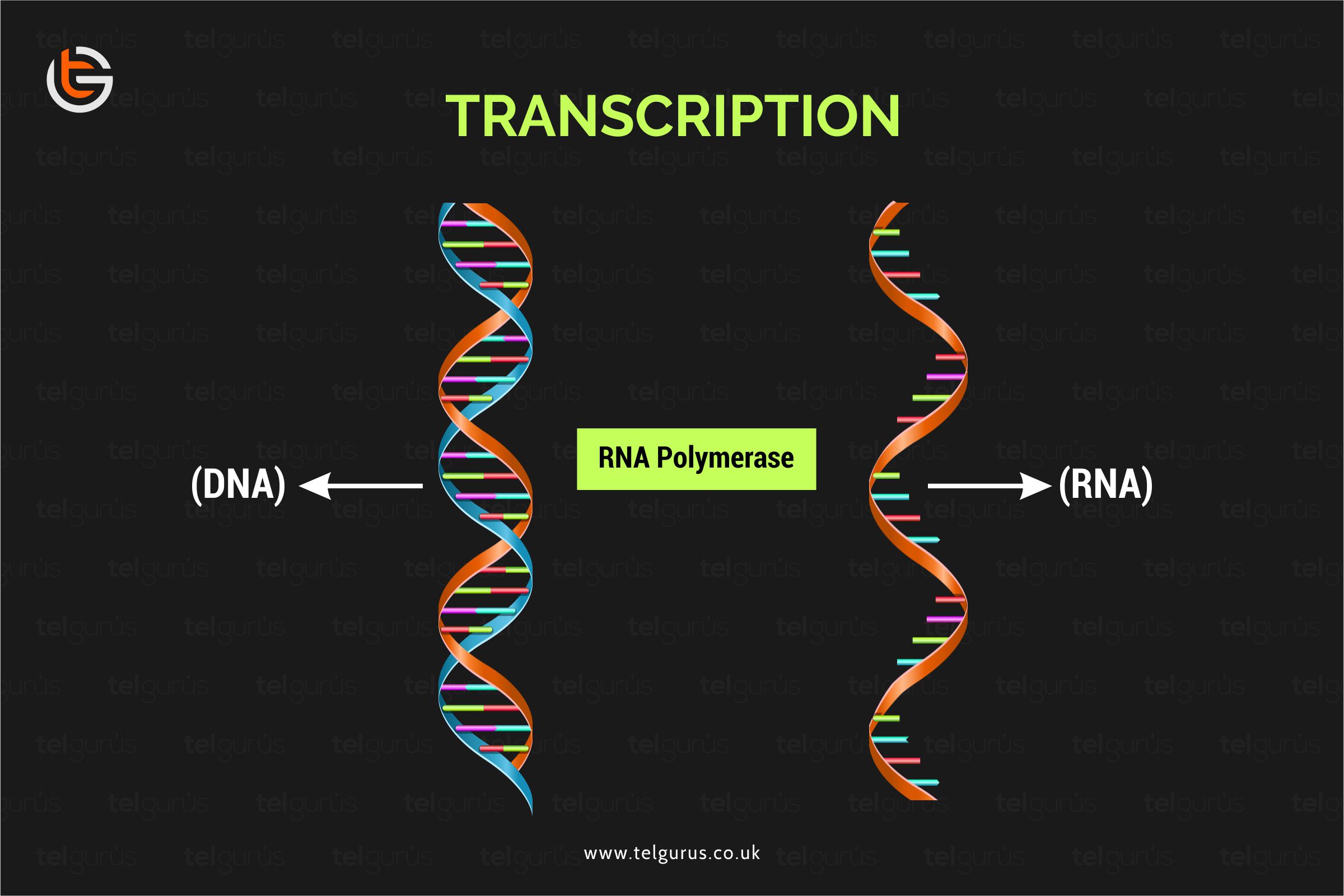 Transcription is the initial step of the gene expression that entails the RNA molecule formation from DNA. Let us get acquainted with everything you need to know about it.

Transcription refers to the process of copying the information in a DNA strand into a new molecule of messenger RNA.

The transcription process refers to the transcribing of DNA code into another code type or message. An enzyme known as the RNA polymerase binds to the DNA sequence’s specific part known as a promoter.

Then the DNA must unwind and unzip to expose the DNA’s two strands.

Here one strand contains bases complementary to genes requiring to be transcribed acting as a template through the complementary bases pairing and nucleotides alongside the template strands leading to the formation of a single-stranded mRNA molecule.

Whenever the RNA polymerase identifies that it has reached a stop codon or a terminator sequence referring to the end of the sequence coding, the mRNA detached from DNA.

The DNA then rewinds behind the RNA polymerase because it moves along across the DNA strand.

After that, the mRNA molecule moves out of the nucleus through a nuclear prone into the cytoplasm, ready to be translated into protein at the ribosome’s site.

The DNA transcription process is divided into three main stages, including

Transcription is a process catalyzed by the RNA polymerase that attaches and moves along the DNA molecule until it identifies the promoter sequence. This DNA’s area marks the starting point of the transcription process.

Once it gets bound to the promoter sequence, the RNA polymerase unwinds the DNA’s double helix portion while exposing the bases on both the DNA strands.

During the elongation process, one DNA strand is read in the direction of 3’ to 5’ and endows with the template for a new mRNA molecule.

The other DNA strand is considered the coding strand due to its base sequence that is identical to the synthesized mRNA.

RNA polymerase then utilizes the incoming ribonucleotides to generate the new mRNA strand.

And it does this by catalyzing the phosphodiester bonds’ formation between adjacent nucleotides while utilizing the complementary base pairings.

The complementary base pairing means pairing A to U, C to G, G to C, and T to A. The bases can be added to 3 prime ends only, which is why the strand elongates into 3’ direction.

DNA transcription refers to the process through which the genetic information contained within the DNA is rewritten into mRNA by RNA polymerase. This rewritten mRNA then exits the nucleus, where it acts as a basis for DNA translation.

We hope that the process mentioned above and the explanation helped you understand the concept well.