What does increased mean in math? 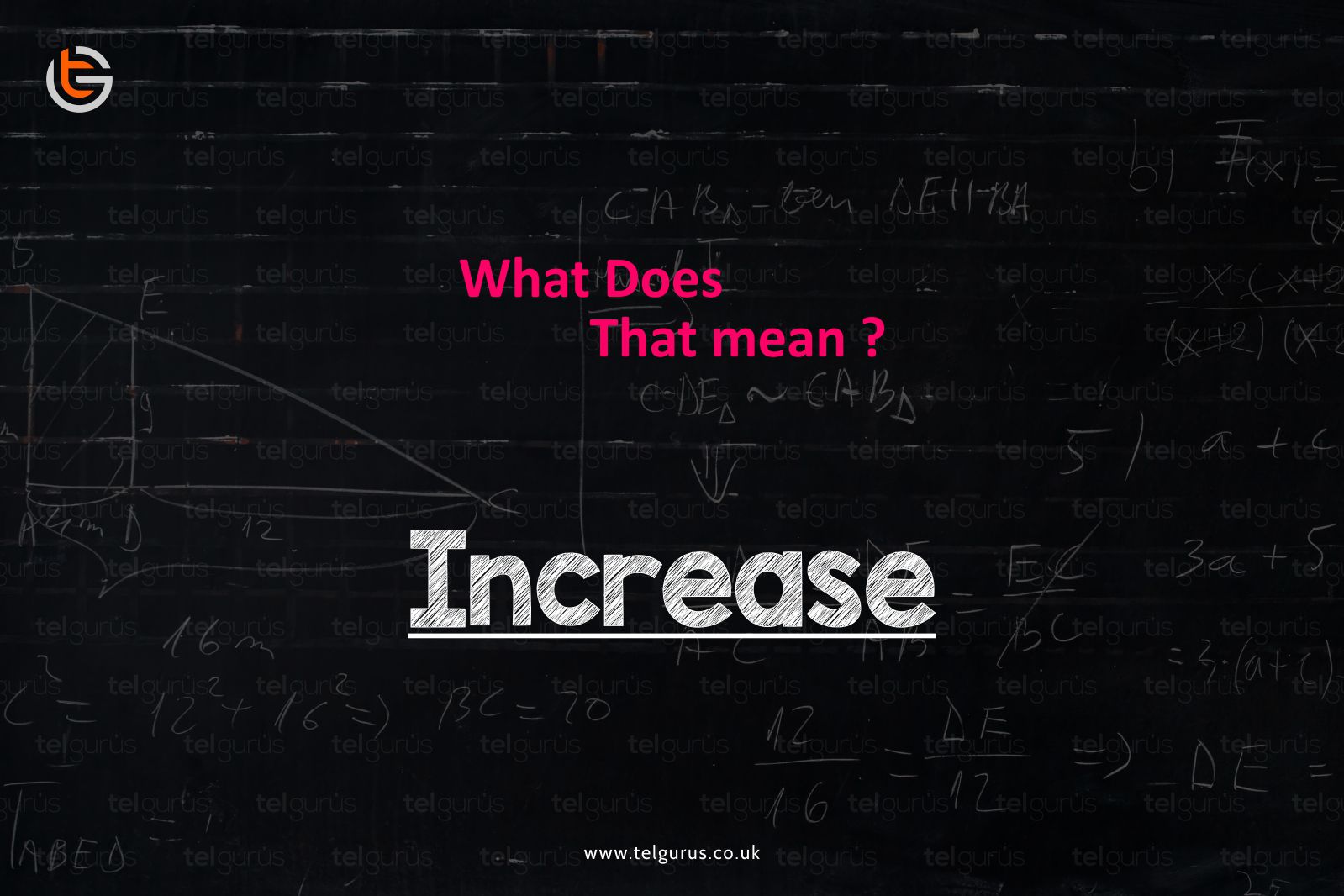 In the English language, the word increase is nothing but becoming greater or larger in size, amount, number, or degree. It also means ‘to rise’. In mathematics also increase means getting rise in something.

Luna’s weight increased from 50.5 pounds to 64.9 pounds. How much weight did he gain?

We can solve the above example in the following steps.

Step4: So, Increased weight for Luna or weight gained by Luna is 14.4 pounds.

In mathematics, there are four Main operations: add, subtract , multiply and  divide. Out of these four we can say add is the synonym for increase.

Let us suppose we have a quantity x. An expression for 9 more than x is:

This means the quantity has been increased by 9.

So, the word increase means a rise in the quantity of something. An upward arrow (↑ ) is used to depict the increase in something.

Many people get confused by this .They assume that doubling something must be 200%. But this is not so.

If value is increased by 100%, it means the new value will be double the original value.

If it is increased by 300%, it gets added three times of its own value to itself. This means that the new value is four times the original value.

There are 500 pencils in a box. The number of pencils is increased by 200%. What is the new value of pencils?

This means 1000 more pencils are added to the box, taking the total number of pencils

If number is increased from one value to another, let’s learn how to represent the increased value in percentage

The number increased from 50 to 75. What is the increased %?

To find the increase% we have to divide the increase in number by the base (original) number and then multiply it by 100.