What is a dative covalent bond? 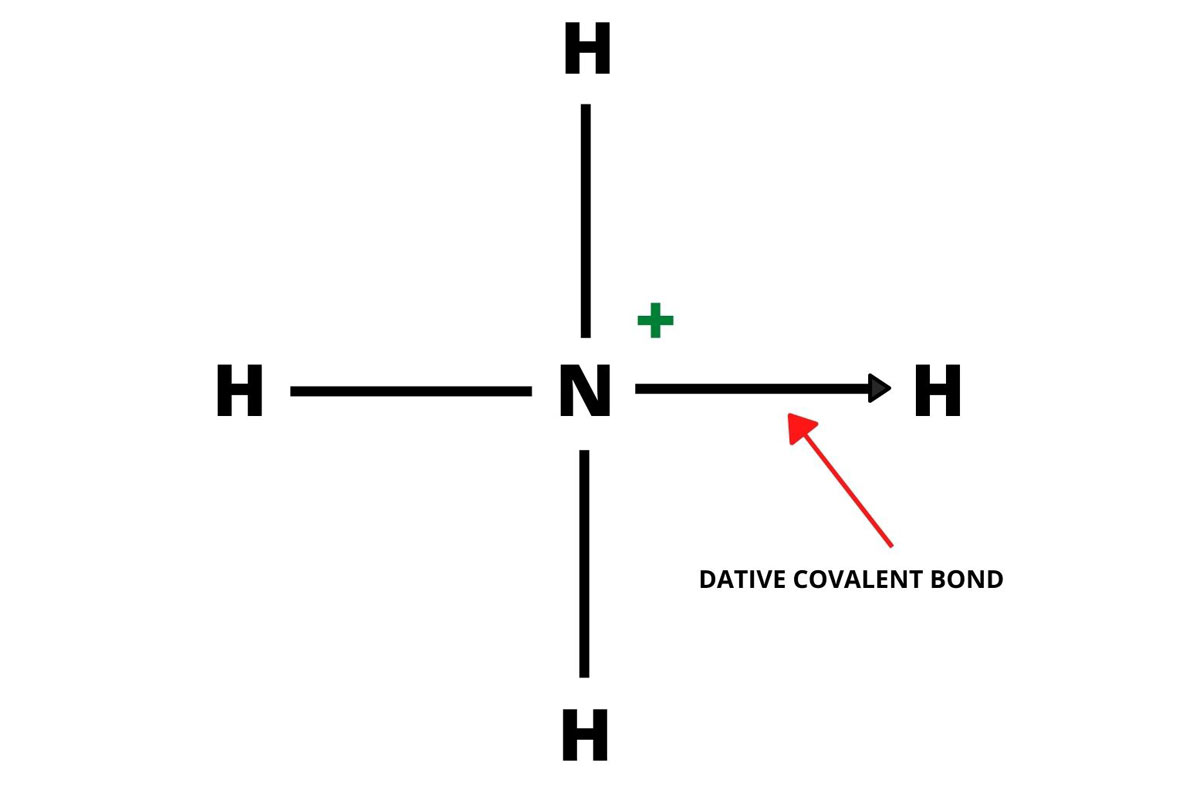 Dative covalent bond is a strong bond as the bonds are identical to any other inter – atomic bonds.

These bonds are generally formed during reactions which involve two non-metals like a hydrogen atom or during the bond formation between ligands and metals ions.

The bond is shown in the image is pointing in the direction where an atom is donating the lone pair to the atom that is receiving it.

An Oxygen atom act as a donor atom and H+ act as a receptor. An oxygen atom in water donates its one pair of electrons to the vacant orbital of H+ ion forming a dative bond.

Nitrogen atom in Ammonia donates its electron pair to the vacant orbital of H+ ion. Nitrogen acts as a donor and H+ acts as an acceptor forming a dative covalent bond.