What is the difference between allopatric and sympatric speciation? 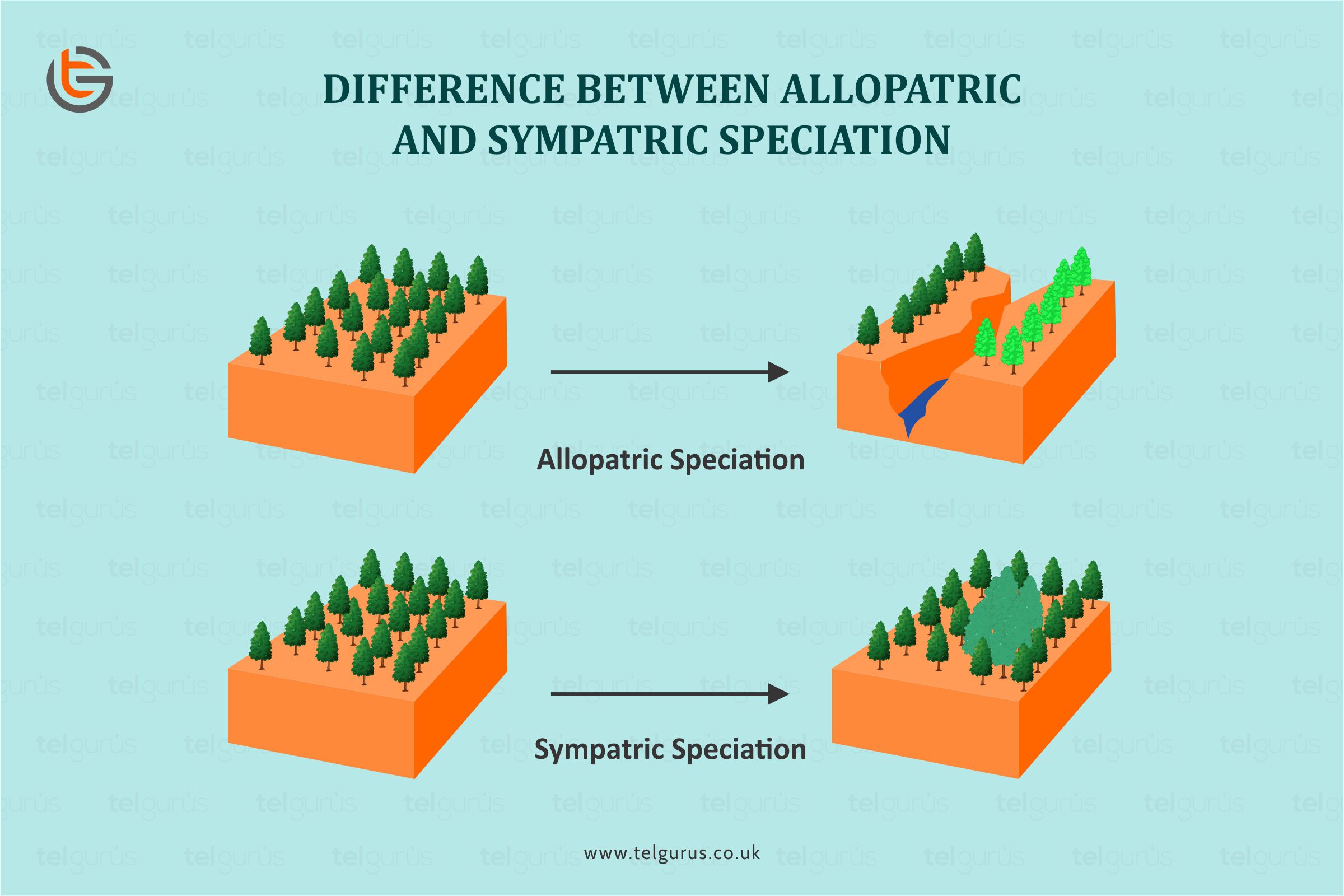 During the evolution process, the formation of distinct and new species is known as speciation.

Allopatric and sympatric speciation are two mechanisms involved in the new species formation from a pre-existing species. This process of forming a new species from the existing one is known as anagenesis.

What is allopatric speciation?

It occurs when two species live in separate environments, and therefore there is no gene flow between the populations.

This will then lead the populations to differentiate as they become adapted to various niches and the environment they are living in.

Understanding it in detail

A specific population can be geographically separated because of some extrinsic barriers like land topography that occurred due to earthquakes, swamps, ice fields, mountains, and deserts.

Once the population is geographically divided, the gene flow ceases between both.

And then, each population becomes genetically diverse due to the different selective pressures of the two different environments they are living in.

Post-separation, the small populations are composed of various allele frequencies as they undergo a founder effect. Therefore, genetic drift and natural selection act differently on the two populations.

What is sympatric speciation?

In the process of sympatric speciation, the new species evolution occurs from the single ancestral species.

It occurs when two species are living in the same environment. Sympatric speciation is more complicated to understand as the species have occupied the same niche.

However, it may come down to the barriers like post-zygotic or pre-zygotic that prevent the gene flow—for instance, mating at different times of the day.

This leads to reproductive isolation within the same population. This process mostly occurs in plants and rarely in animals.

As the plants can self-reproduce, the polyploidy offspring can develop distinct and new generations by themselves.

Understanding the differences between allopatric and Sympatric Speciation

On the contrary, sympatric speciation takes place when distinct and new species are evolved because of polyploidy.